The Caribbean island of Jamaica is back to 2 mobile network operators:

Mobile service in the Caribbean had been under the control of Cable & Wireless, the longtime provider of telecommunications services in the region. Cable & Wireless had little competition or incentive to change and service was considered expensive and poor in quality.

In 2001 Jamaica decided to open its phone market up for competition. Digicel, owned by Irish entrepreneur Denis O'Brien, first established itself in 2001 in Jamaica. It grew to 100,000 customers there in approximately 100 days. Now Jamaica is home to over 3 million mobile users, with Digicel claiming around 2.2 million and Flow having around one million.

In 2016 Jamaica's cabinet approved the award of a third licence to Symbiote Investments that has paid US$ 20.8 million to roll out a 4G LTE service under the Caricel brand. They started in 2017 but face a regulatory investigation into the circumstances of their licensing and in 2019 their licence was revoked and the provider shut down.

Jamaica’s Office of Utilities Regulation (OUR) has instructed Digicel and Flow to improve what it describes as ‘persistent quality of service (QoS) issues’, such as data and voice service interruption, dropped calls and calls not being initiated. Both companies admitted that the steep and rapid rise in the demand and use of data had hampered their service delivery. For its part, Digicel blamed the QoS lapses on its modernization program, while Flow claimed that the incidents were isolated and not related to a general failure of its telecoms infrastructure. Flow also cited vandalism and ongoing road works as mitigating factors.

All prices are given in Jamaican dollar (J$ or JMD), that is a free floating currency not linked to the US dollar. All taxes are not included. All transactions are exclusive of the 25% Special General Consumption Tax (GCT) on all Telecoms activities.

Jamaica was the first market where Digicel started in 2001 in the Caribbean. It's considered as their home base and they soon became market leader on the island with a major share of the customers.

They run a dual CDMA and GSM network. CDMA is on BC1 and only for inbound roaming. Their GSM 2G is on 900 MHz and 1800 MHz and 3G is on 850 MHz up to DC-HSPA+. They started 4G/LTE on 700 MHz or Band 17 in 2016 in Kingston, St Andrew and around the Sangster International Airport in Montego Bay, with hopes of it reaching other parts of the island soon. Recently, they've expanded coverage to Montego Bay, Falmouth and a few other places on the North Coast and South Coast. On their 2G/3G networks they claim to cover 99% of Jamaicans, on 4G/LTE 65% are covered at the end of 2018: coverage-map.

Digicel has deployed LTE on Band 4 with a bandwidth of 20 MHz aggregated with Band 17 and Band 2. Digicel was the first carrier to offer HD Voice in Jamaica, available on its 3G network for AMR-WB capable devices like iPhone and Samsung Galaxy devices.

Their SIM card is around JMD 500-700 in their stores (locator) and other locations. Be prepared to show a passport for purchase.

Top-ups can be made online by credit card or PayPal, where you can buy plans directly too. Alternatively, you can use vouchers sold all over the islands without surcharges.

Digicel, is active on social media and offers assistance through that medium to its customers in addition to the traditional means,

Default data is JMD 20 per MB.

For short time use, they offer "the quickie" for 1 hour with on-net talk and text, WhatsApp messaging (no VoIP) and Facebook access for JMD 60. Data remains at the default rate of JMD 20 per MB. Activation: *147#.

Social media includes Facebook, WhatsApp (both without VoIP), Snapchat, Instagram and Twitter. Unlimited talk to any local network excluding toll free numbers. Internet video calls not included and will be taken from your regular data bundle.

(*) = unlimited is in fact limited according to Digicel's FUP (see details). All overuse is at the default rate.

These add-ons are offered for their plans for more data:

To check data balance, dial *120*154# Note that domestic data bundles don't apply while on the Roam Like You're Home plan. You will be charged the domestic default rate of JMD 45 per MB while roaming beyond the included quota.

FLOW, previously called LIME is the incumbent provider in Jamaica. It's operated by Cable & Wireless Communications which is owned by Liberty Global.

FLOW's 2G network is only on 850 MHz. FLOW's 3G network resides on 850 MHz and 1900 MHz. Both their 2G & 3G networks are available islandwide. FLOW recently disabled DC-HSDPA and GSM on 1900 MHz, opting to use the spectrum for LTE and a small allocation for 3G, instead.The company is also intending to shutter its legacy technology (presumably 2G) "soon" but timelines were not provided.

FLOW started its 4G/LTE rollout in the Kingston Metropolitan Area in 2016 and expanded it to Montego Bay (and its environs) and the resort town of Ocho Rios as well as the towns of Spanish Town, Portmore in St. Catherine and Mandeville in Manchester in 2017 (see coverage map). FLOW's primary LTE Band, Band 4 (1700 MHz), has less in-building penetration. As a result, it doesn't propagate as far as lower frequencies like 700 MHz on Digicel. Band 4 offers more speed and network capacity than its competition because it sits on a 20 MHz bandwidth. FLOW also began deploying LTE Band 2 (1900 MHz) in places like Montego Bay, Ocho Rios, Kingston and a good portion of rural areas with aggregation. They recently also began adding Band 12 (700 MHz) as the 3rd LTE band that will become the layer on which the carrier deploys VoLTE. The network has already begun deployment of its full spectrum in some rural areas like Portland, St. Mary, St. Elizabeth, St. Thomas and other like areas. FLOW, as of early 2020, claims its LTE network now covers 95% of the Jamaican population.

FLOW was awarded a Speedtest Award from Ookla for Q2-Q3 2018, with average download speeds of 22.66 Mbit/s and average upload speeds of 9.62 Mbit/s. They have since now attained 87% of population coverage with intent to cover all Jamaicans by 2020.

Their SIM card is sold in their stores (locator) for JMD 500. Be prepared to show your passport at the point of purchase. For LTE, you need an LTE-enabled SIM card which is available at any FLOW Store/Kiosk. Simply ask the sales associate for one which should be labeled "Prepaid Mobile LTE". Also, ensure that your phone is compatible with LTE Band 4 (1700 MHz), Band 2 (1900 MHz), Band 12 (700 MHz).

Top-ups can be made online or in top-up kiosks, supermarkets and gas stations all over the island.

(*): Note that all "unlimited" is subject to fair use policy; contingent on the average usage on your respective plan. The 30-day Unlimited plan comes enabled with Auto-Pay. All plans revert to 2G throttling after exhausting any-use data or hitting fair-use for the rest of their validity.

Zero-rated social media apps are WhatsApp (no VoIP), Facebook, Twitter, Snapchat and Instagram. To stop auto-renewal dial *787#. To check data balance, dial *146*0# or *129*6*1#. Plans can be activated via USSD codes or through the MyFLOW app.

You can add for extra data:

Recently, FLOW Jamaica did away with their MyRoam packages and now offers roaming data plans to 47 countries including the entire FLOW Caribbean, Albania, Australia, Canada, Costa Rica, Czech Rep., Germany, Ireland, Italy, Malta, Netherlands, New Zealand, Panama, Romania, Spain, Turkey, UK and the US (incl. Puerto Rico and US Virgin Islands) with access to up to 4G/LTE speed. They are called Travel Pass and come in the following variations:

All Travel Pass plans are cross border; they can work while traveling between multiple countries whilst having bought a plan only once. FLOW steers customers to specific roaming partners for subscribers on these plans. FLOW will send a text once you have exhausted 75%, 99% and 100% of your plan allotment(s). Out of plan data rates are as low as JMD 38 per MB.

Caricel, a local brand of Symbiote Investments won a licence as 3rd operator in 2016 under disputed circumstances. In 2017 they started their 4G/LTE-only network on 700 MHz (band 13) in Portmore, Kingston and St. Andrew. Without any fallback to 2G or 3G they don't cater for the mobile market, but for home internet through Mifis and modems. That's why they couldn't be recommended for travellers.

At the end of 2017 Symbiote agreed to sell its business to South Africa-based Involution for an undisclosed price. The sale was made public in February 2018, only for the regulatory authorities to protest that Symbiote had not sought government approval for the transaction. In March 2018 the relevant minister declared that Caricel will have its licence revoked for breaking conditions and regulations. In April 2018, the Government of Jamaica's Ministry of Science, Technology, Engineering and Mining (MSTEM) finally pulled Caricel's licences.

The Jamaican Supreme Court cleared the way for the government to revoke the telecoms licence granted to Symbiote in December 2018, only for the Court of Appeal to intervene a matter of days later. In 2019 stricken Jamaican 4G start-up Symbiote has informed local media outlets that it has now signed up more than 15,000 customers, despite the significant legal challenges being faced by the company.

In April 2019 Jamaica’s Office of Utilities Regulation (OUR) has announced that the Court of Appeal has backed its 2018 decision to strip Symbiote Investment (trading as Caricel) of its telecoms licences. The decision, which was handed down on 29 March, backed the watchdog’s assertion that Caricel is not authorised to own or operate a facility, nor is it permitted to provide telecoms or other specified services, as defined in the Telecommunications Act, to the public. Their licence will be revoked and the operator shut down. 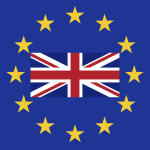